Written by Alan Armstrong, The Battle of Midway tells the story of heroism and sacrifice at a moment when the Japanese Empire was poised to complete its domination in the Pacific and threaten the Hawaii Islands with invasion. American grit and determination resulted in a numerically superior adversary being defeated. In 30 minutes, the balance of power in the Pacific shifted from Japan to America as three Japanese aircraft carriers were set ablaze by American pilots flying the venerated Dauntless dive bomber.

The cast of aircraft involved in the performance includes a replica Zero flown by Capt. Jack Van Ness, the Kate operated by Japanese Bomber, LLC and flown by Alan Armstrong and a B-25 Mitchell bomber flown by Tom Reilly and Stan Bloyer. The cast is rounded out with other aircraft such as two SNJ Texans flown by Captains Jim Buckley and Joe Fagundes. Depending on the location of the performance, there may be other or additional aircraft appearing in the show. The Battle of Midway intends to raise the bar for air battle reenactments at air shows with dramatic music, narration and sound effects. It is, in effect, theater with airplanes. 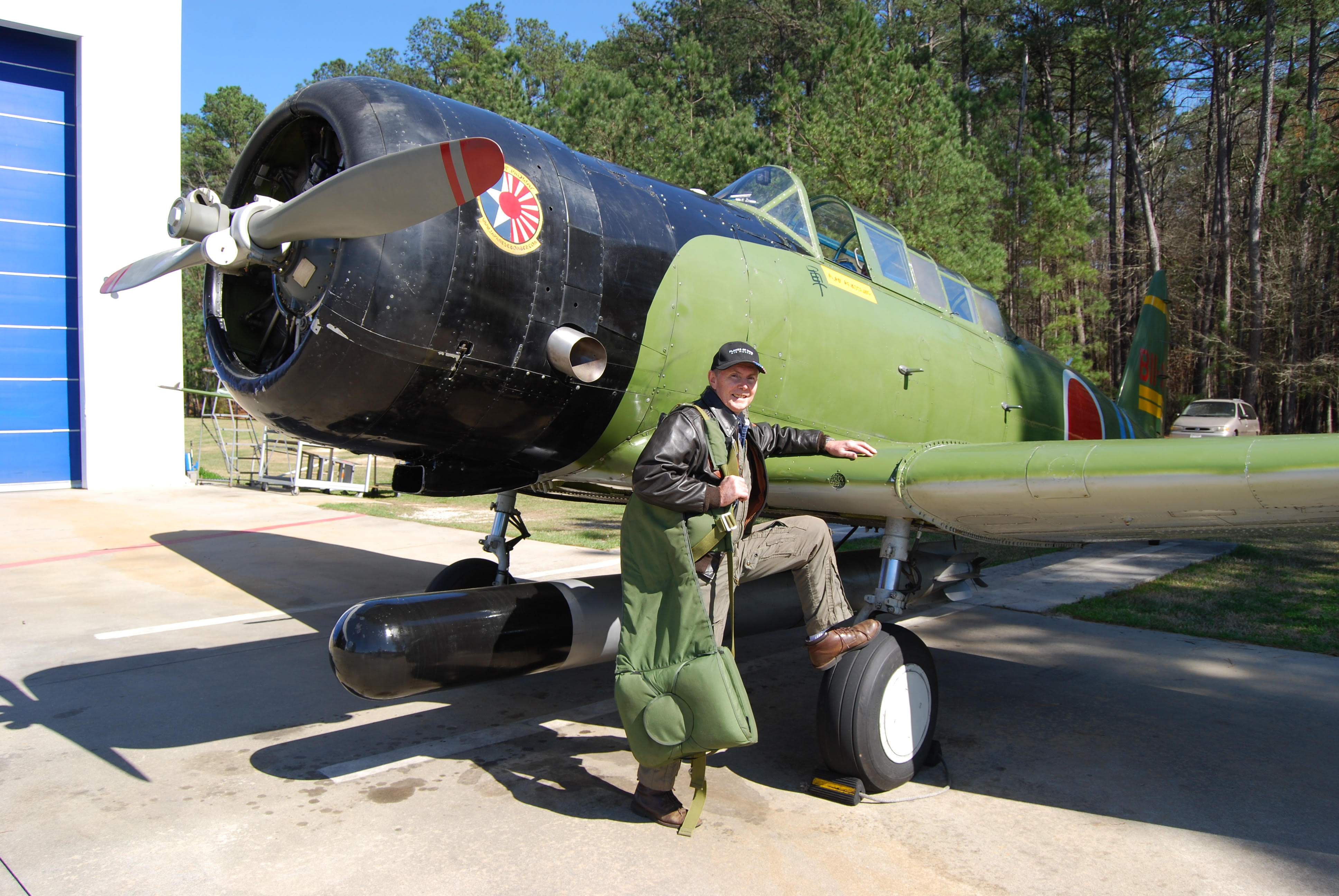 Alan Armstrong posing with the Nakajima B52 “Kate”.

SEE THE BATTLE OF MIDWAY IN ACTION

Please consult our Air Show Schedule to find a future showing of the Battle of Midway air battle reenactment near you! 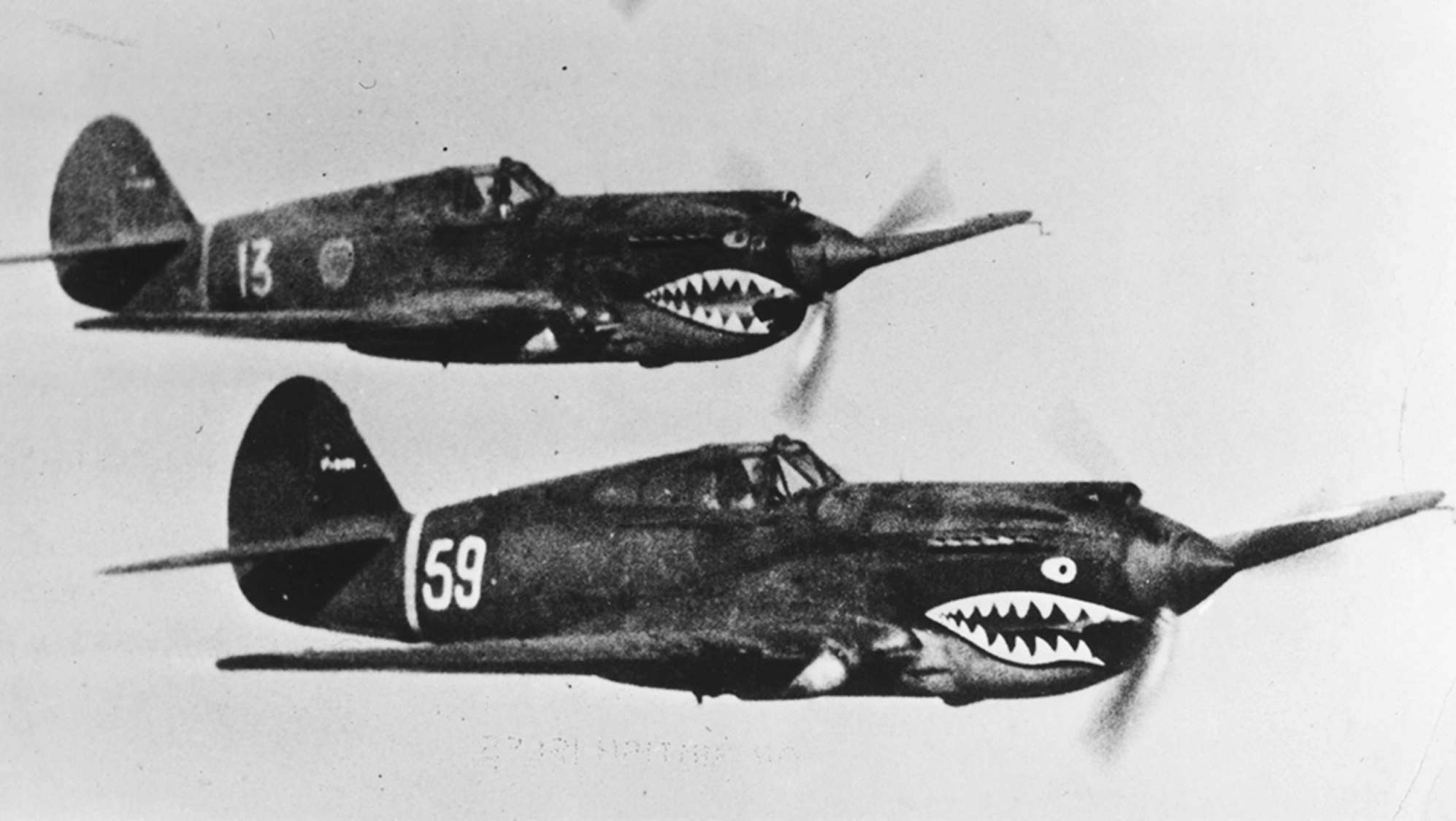 Sitting in the Kate, the pilot might not appreciate the differences in her from a stock AT-6/SNJ. However, after you start the engine and begin to taxi the aircraft, they become apparent. First, the Kate has more mass. She takes a bit more power to start rolling forward after engine start. Second, she has a lengthened fuselage and wingspan requiring more vigilance when taxiing in the vicinity of other aircraft or structures. Third, her nose is lengthened about three feet longer than a standard T-6. You cannot see over the nose while taxiing. S turns are required to clear the area in front of you.  Fourth, the deck angle in the Kate is more pronounced than in a standard T-6. This is because the oleo struts are over-inflated to help distance the torpedo on her belly from the ground below. Fifth, the windscreen in front of you is not a standard T-6 windscreen. It was fabricated for Twentieth Century Fox to give its fleet of Kates the necessary appearance for the movie. Sixth, remember the torpedo? You only have about five or six inches of ground clearance between the fins of the torpedo and the ground. Do not land on undulating grass runways unless you want to damage your torpedo. Seventh, the torpedo has a pendulum effect when mounted on the belly of the aircraft. You can sense it is there. Eighth, with her increased wing span, I have found the Kate will actually out-climb a replica Zero. However, in cruise flight, the Zero is faster than the Kate. Ninth, if you are not wearing it, you don’t have it. What ever you may need to aviate, navigate and communicate had better be strapped to your body or secured to the interior of the cockpit. If you drop it, you will not see it again until you land. Tenth, the Kate has more lateral stability than a regular T-6. Her fuselage is nine feet longer, and her vertical fin and rudder have more chord. She is not quite as likely to ground loop as a stock T-6, and she can take a larger cross-wind than a stock T-6.  Eleventh, there is a penalty for flying around with a torpedo. Expect about a 5 knot penalty compared to the other T-6’s you may have flown. Don’t fall behind in formation flights. It is tough catching up with the other T-6s.

All around, she is a nice old girl, but you must always treat her with respect or she can get nasty very quickly. Do not allow your airspeed to decay on final and then cram the throttle full forward. She has lots of torque and P-factor. Respect it.

Don’t horse around with the stick. Feed in the amount of aileron you need. Don’t over do it. Don’t shove the stick forward, or the nose veers to the left. Don’t pull it sharply back or the nose goes to right.  Treat her gently.